This week the Financial Policy Council has its 2016 Summit in the Bahamas. Ziad K Abdelnour talks about Donald Trump and his following. 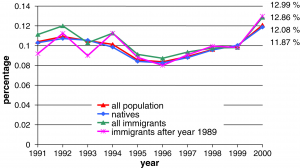 the 1990s, Israel emerged as a leading center for technology start-ups and innovation.

In the 1990s, Israel emerged as a leading center for technology start-ups and innovation. In 2000, near the peak of the high-tech boom, Israel had 4000 high-tech firms and new ones were forming at the rate of about 500 start-ups per year.

Today, out of the 101 companies trading on NASDAQ; 63 of them are registered in Israel; a stunning number indeed for a country with a population of only seven million people, the size of Rhode Island and the population of New Jersey.

And the story doesn’t stop here.

The Israeli high-tech industry boasts today 43 of the 50 leading technology giants in the world; all with cutting-edge R&D centers.  Scientific American’s list of ’50 Research Leaders’ include three Israeli scientists. Notwithstanding the fact that S&P credit rating for Israel is still AA – amid a still shaky global environment – , four Israelis have been awarded the Nobel Prize and Israel tech investments have produced consistent and significant returns which only continue to climb.

So the question is: What makes Israeli technology companies so unique? 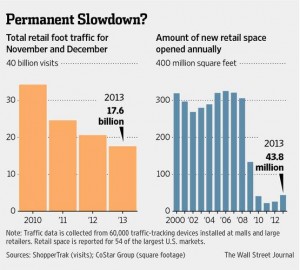 If ever a chart provided unequivocal proof the economic recovery storyline is a fraud, the one below is the smoking gun. What a joke this whole recovery BS they are feeding us.